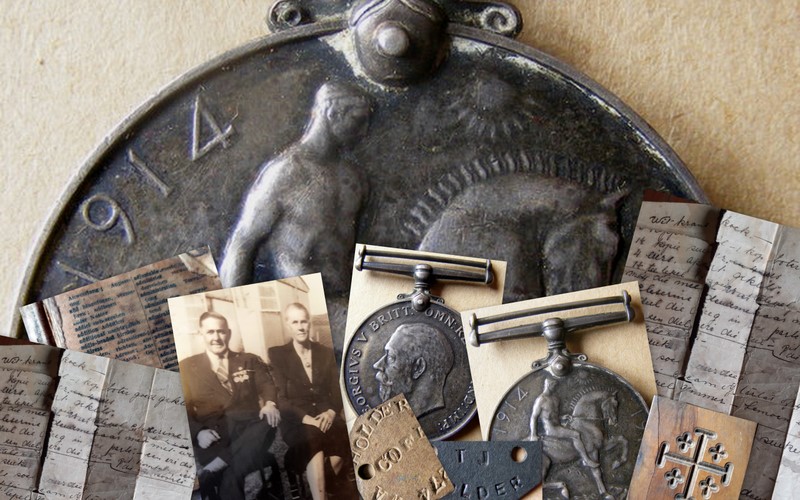 Archive tours currently being arranged for 2020 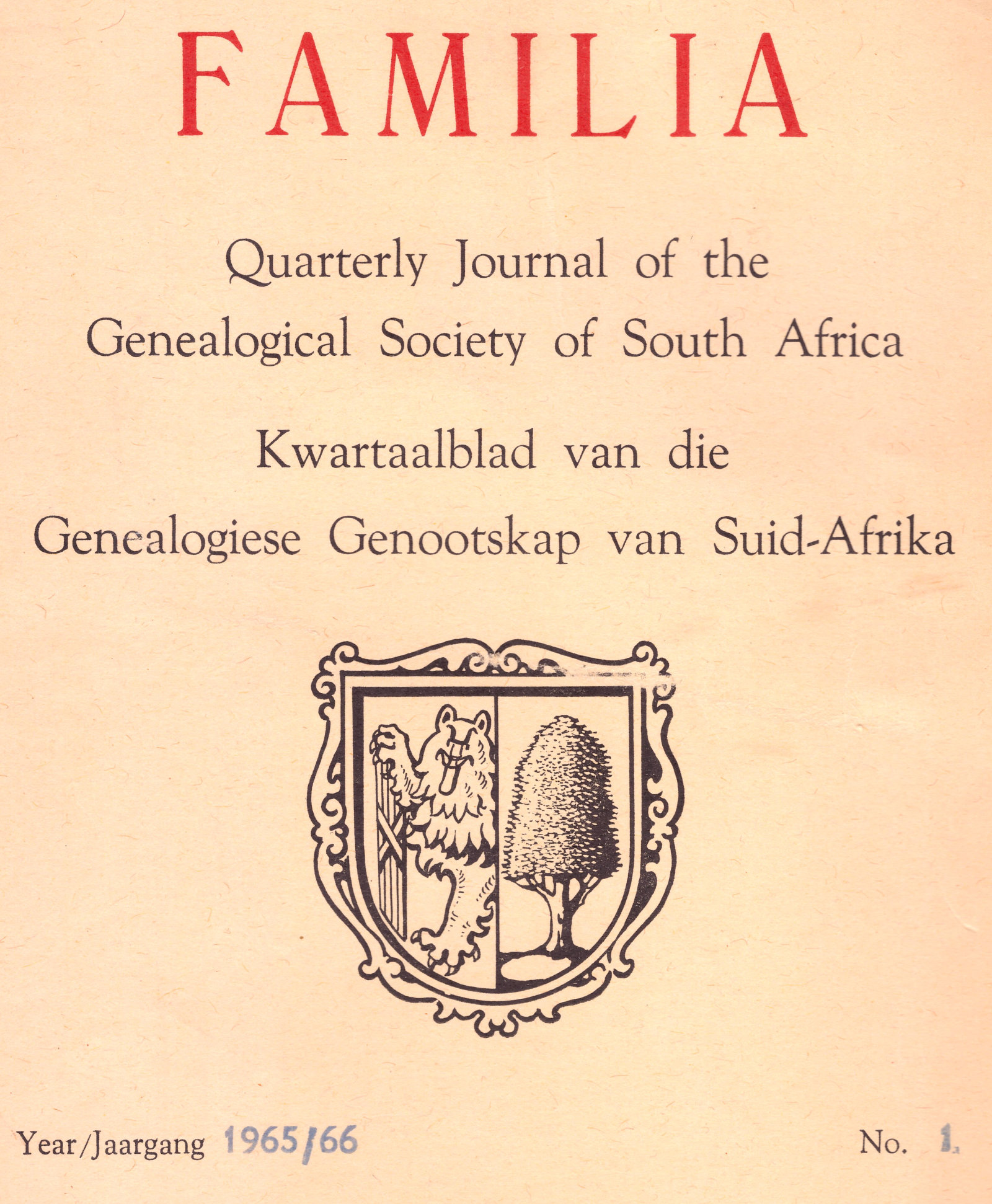 The Familia is the Quarterly Journal of the Genealogical Society of South Africa. On the photo above, the first cover of the Familia published during 1965/66 can be seen. The Northern Transvaal Branch of the GSSA has since the early 2000 presented a yearly prize, available for the best article published during a particular year.

The criteria by which such an article must comply includes the following:

The Panel's Comment: It's a good, well laid out article that reads well and is abundantly illustrated with photos and which contains new information about the family. The author's references refer to bibliographic requirements and the genealogical notations which is required by Familia. In addition to meeting all the criteria as required, it is one of the few articles that provide sources as far as criteria is concerned, research, namely, that genealogists can follow it up and check.

In 2018 the best article in Familia was dedicated to Charlie Els for his article Die Verstoteling. One of the judges had the following to say:

From The Settler Hand Book by MD Nash  - Living with The 1820 Settlers by Marion Robertson.

The official settler lists can be accessed at the Cape Archives and the Public Records Office, London.

But these lists are not always correct.

Each party head had to submit a list of settlers to the Colonial Office when applying to emigrate. This would have been in August 1819. But they were only notified of a successful application in October or November. By this time many prospective settlers had changed their minds.

As people cancelled, others took their place, sometimes travelling under the names of the persons they had replaced. Even at the docks unofficial replacements slipped in as people changed their minds about travelling to a strange far off land. Then there were stowaways.

The Fanny and the East Indian both sailed from the Cove of Cork, Ireland on the 12th February, 1820. On the 30th April the East Indian arrived in Simon’s Bay, followed the next day by the Fanny.  Only leaders of parties were allowed ashore.

The leaders met with the Colonial Secretary, Colonel Bird, who informed them that they would not be heading for Albany but were to be settled in the Clanwilliam district. This would reduce the number of settlers arriving in Albany by about 350 and would also keep the hot-headed Irish apart from the other settlers.

Parker and two other men left for Clanwilliam on horseback on the 13th and on the 17th were shown the locations by the Land Surveyor. Horrified at, what he considered, the awful conditions and the position the settlers would find themselves in, the three men hurried to Saldanha Bay to try and prevent the settlers leaving the ships.

Following the events earlier described, three philanthropists, Vernon, Harberd, and Stracey proposed a privately owned emigration scheme to the Cape of Good Hope. The editorial which appeared in The Times on 12 July 1819 promoted the scheme.

The proposal of the three philanthropists saw discussion in parliament on 12 July 1819 and £50 000 was voted by the government to finance the scheme. A condition of the availability of the fund was that it had to be spent within six months .This stipulation had the effect that not sufficient planning could be done before the implementation phase commenced. It can be said that this was one of the reasons for the failure of the scheme. The scheme was managed by the Colonial Office and was advertised by way of pamphlets which were distributed.

The Colonial Office received more than 90 000 letters of application. Some journalists described the mood in the UK as emigration fever.

In the latter stages of the 17th century and in the early stages of the 18th century the dominant population groups in the Eastern Cape area were the white cattle farmers and the black cattle farmers. Both groups were constantly looking for more land on which their cattle could graze. These opposing groups clashed in a series of skirmishes or wars.

Colonel John Graham was the originator of the plan to settle a large group of Scottish Highlanders in this area. He was in charge of the British troops at a fort in the area. The fort later becomes Grahams Town. The plan was not implemented due to the fact that Britain was still involved in the war with Europe and emigration schemes were not priorities.

Visitors to this web site