The Provincial Commissioner, Lieutenant General Nomthetheleli Lillian Mene has once again expressed shock and devastation at the loss of yet another two police officers in separate incidents over the Christmas weekend. She has also sent condolences to families of two police officers who died tragically in what the Provincial Commissioner described as unfortunate and sad circumstances.

SAPS management received the devastating news of the death of the two members, the 47-year-old Constable Phumla Mabindisa who was allegedly shot dead by a person believed to be her boyfriend in Cedervile. According to the initial investigation, the two had a misunderstanding which is presumed to have led to the incident and was later found in her room. A case of murder was subsequently registered for investigation. The 39-year-old male suspect was arrested after allegedly attempting suicide. He is currently receiving medical assistance in hospital. Constable Mabindisa was stationed at Cedarville Police Station at the time of her passing.

In another report, the Provincial Commissioner expressed shock at the accident which claimed the life of the 52-year-old Captain David Bonga who was stationed at Mount Frere Police Station. Captain Bonga was travelling from Qumbu towards Mt Frere when the vehicle he was driving allegedly capsized near kuMntwana sharp curves. He died at the scene after he served in the organisation for 27 years. A case of Culpable Homicide is currently under investigation.

Sending condolences to the bereaved families, the Provincial Commissioner, Lieutenant General Nomthetheleli Mene said the death of yet another two police officers was a double blow to the SAPS. “May their precious souls rest in peace. We are indeed devastated at this tragic loss. The bereaved families’s loss is also our loss at this time. The SAPS will therefore do everything possible to ensure that these families are assisted as they prepare to lay their loved ones to rest,” Lt Gen Mene committed. 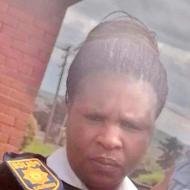