Geneem vanaf Facebook "South Africa Funeral Letters/Begrafnisbriewe". Erkenning vir die bydrae aan: Nico Greyling 8 Oct 2021_15/_16/_17/_18 - Hannes en Mark Fourie. Was Pa en Seun Polisiemanne. Luit. Hannes Fourie 1945 - and his son Sergeant Mark Fourie 1967 - 11.09.1987 (Son of Hannes). The Son was working for the South African Police college in Pretoria at the time, had come home for the weekend to visit and he accompanied his father on a complaint on that Friday 11-09-1987. Hannes and Mark left at approximately quarter past eight 20H15 that evening for a call out. According to information they were killed near Denalton at close range with an AK47 in the vehicle shortly after they had stopped. There were approximately 17x AK47 cartridges found on the scene where they were ambushed. Lest we forget - We will remember them! 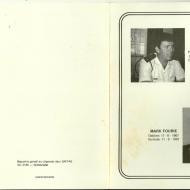 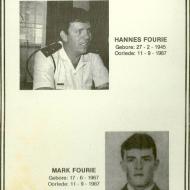 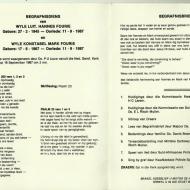 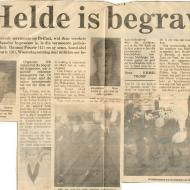 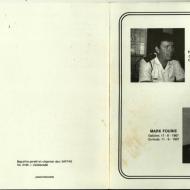 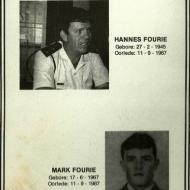 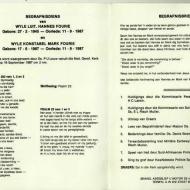 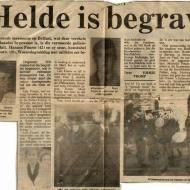