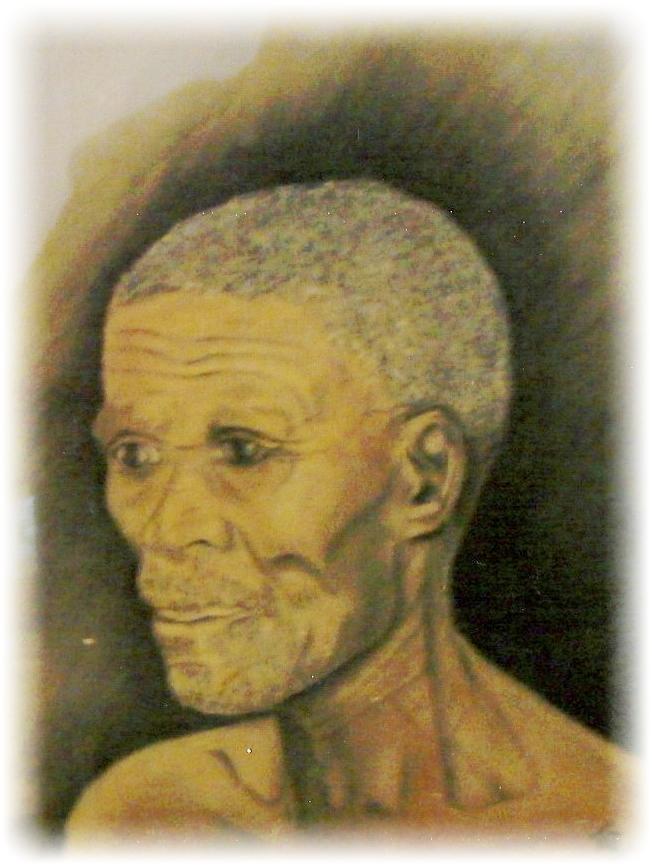 It was late October 2006, and my husband and I were having a lunch in a café in Middelburg Cape. I had spent a week in the area and we were due to leave the next day. I had accomplished much, but still had loose ends.
I had been to Graaff-Reinet to look for a portrait of a bushman Kiewiet which my great aunt had painted and which had been donated to the Teacher's Training College.
But, this training college had been closed, another establishment was using the building and there was no sign of Kiewiet.
With only hours left I also had not visited the school my grandfather and his siblings had attended, neither had I done any research on their homes or businesses. So I decided to do something very different and visited the small local museum which was housed in what used to be a school, the one where my great aunt Isabella Frederika Booyzen had taught.She later married the town pharmacist Andries Viljoen; his pharmacy Kaap Apteek is still in town, and I still have some of his medical books.)
The school building was fascinating and I moved first through the main hall from left to right, and then into the room which had been restored to look like a school room. The desks, teachers desks and school bell were exactly as Aunt Isie had described. On the wall were photos of old students who had achieved fame, notably Betsie Verwoerd (Schoombee) and Mara de Klerk, both related to us.

But the first Gooseflesh moment was when I looked at an old photo on the wall of a sub-B class and saw the face of my grandfather aged 7 years. I was quite emotional but managed to ask the curator for a copy.
I then moved into the passage and on one wall saw a photo of my great grandfather
G.J. Booyzen in front of his shop which subsequently had been broken down. From the photo I was able to pinpoint the exact location of his shop. But this too was a Gooseflesh moment, totally unexpected and I was very emotional as I arranged for a copy of this photo as well.
On to the main hall again, which I now entered from the right and the moment which took my breath away. Unashamedly I admit that I now burst into tears, for on the floor was the long lost portrait of Kiewiet. The curator carried tissues and “Ag shamed” as I cried and took photos.
Some of the detail regarding the donation of Kiewiet and my great aunt was incorrect so I was directed to Mr Coetzee, an informal town historian and on the museum committee. He in turn was able to show me some of the homes family members had owned. He also was able to tie up some of the legends and give information regarding other family members.
This was a tremendous help. In all, a afternoon full of Gooseflesh moments.