It is all Greek to me 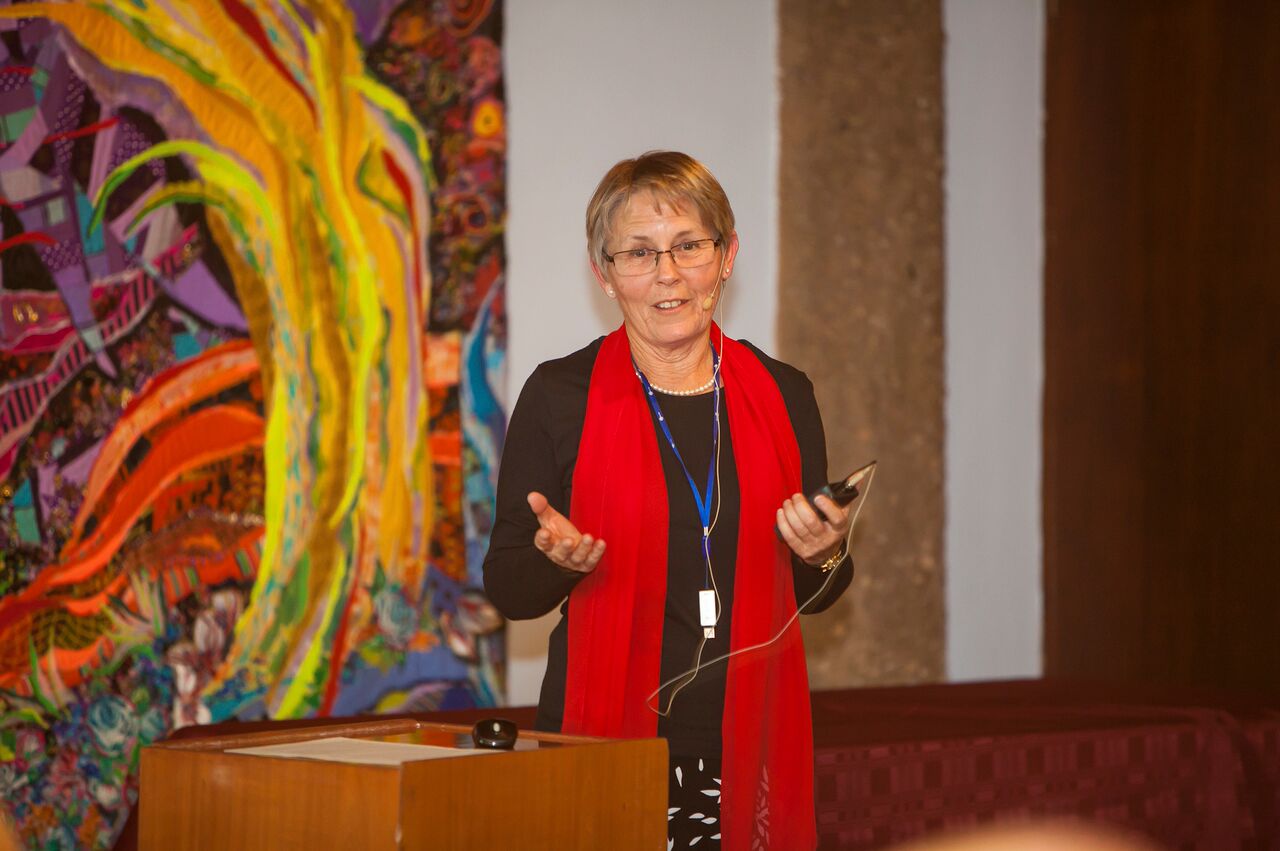 On Saturday 11 July 2015 Dr Mary Reynolds, archivist at the South African Hellenic Archive enthralled the members of the Northern Transvaal Branch with her presentation on the Greek heritage in South Africa. She covered the following topics. The Maria Katrakis South African Hellenic Archive; Of Greece, Greeks and Hellenes; The Greeks of: Cape Town; Johannesburg; Pretoria; Communities, Churches and Schools; Wither Greece 2015?
The first step in establshing the Hellenic archive was to construct an archival room in such a way that it could accommodate not only documents and books but also provide for the restoration of Greek (lace work. One of the biggest challenges was the collection of books by or about SA Hellenes. Once completed the exhibtions were opened to the public and this created a new chapter in the 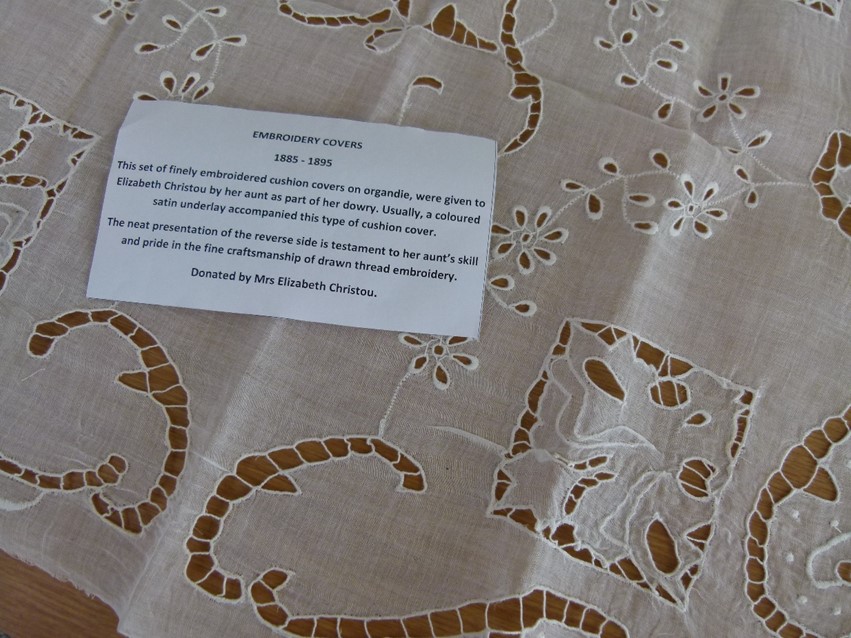 communty life of the Hellenes.
PIECING TOGETHER THE PUZZLE:
Name variations: Different language & script (Greek or English form); Different grammatical forms of the name (nominative or vocative e.g. Katrakisor Katraki); Different gender forms of names: Rockaor Rockas; Mixed spellings & spelling errors (different spelling on same page!) Initials and abbreviations (X or CH or H); Truncated names (Poulos= Anathanasopoulos; Costas = Papacostasor Constantinos; but not always and sometimes formalised and sometimes informally) Changed names –voluntary or involuntary (Adelinisto Adelaine, Cofterosto Cofters, Michalatosto Michael); ; Random spellings (courtesy of immigration officials) Nicknames (Jimmy = Dimitri; Harry for (C)Haralambos); Convenience changes: Hadjipappacharalambos= Phitidis (from Phiti)
HELLENIC ARCHIVE CHALLENGES: AN ARCHIVE FOR THE FUTURE, Academic research centre, School and community research facility, Genealogical research centre, Living history of the Hellenic contribution to SA, Friends of the Archive, Networking with other institutions, Fundraising against the background of the current Greek debt crisis.
The next part of the presentation covered the history of the Hellenic people. “A Greek is a person who wants to be Greek, feels he is a Greek, and says he is a Greek.” (Prime-Minister, ElefthériosVenizelos, 1919). 1100 BC: Over-population forced Greeks to emigrate and colonise areas from Spain to Asia Minor. 338 –323 BC: Greece annexed by the Macedonians: Philip and his son, Alexander the Great, who expanded the ÎµÎ»Î»Î·Î½Î¹ÏƒÏ„Î¹ÎºÏŒÏ‚ world. 146 BC: Greece defeated by Rome. 395 –1453 AD: Greece became part of the Byzantine. 1453 -1460: Ottoman Turks conquered Constantinople and Greek peninsula. Turkish domination lasted nearly 400 years. 1821 -1832: War of Independence against Turks started 25thMarch and ended with the recognition of Greece as an independent state. Then followed the 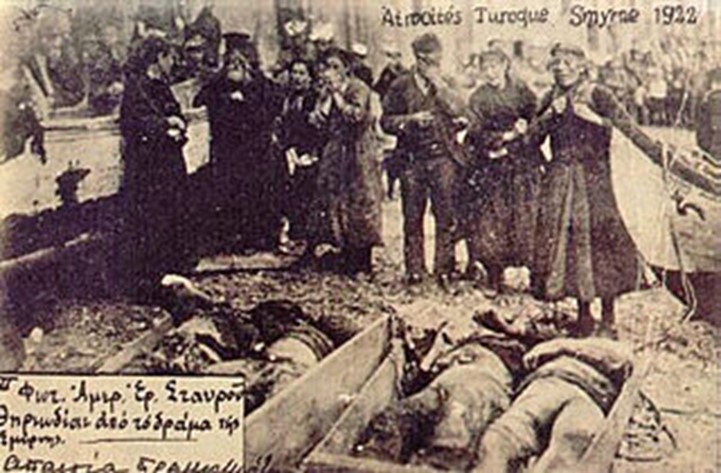 1919 –1922 GRAECO-TURKISH WAR; 1932 –1939 ROYALIST/COMMUNIST era; 1941 –1945 GERMAN OCCUPATION; 1946 –1950 CIVIL WAR; 1967 –1974 MILITARY JUNTA.
MIGRANTS IN SOUTH AFRICA
1850: official stats show at least 11 Greeks in SA, of which 7 in Cape Colony. 1860: arrival of “legendary character” George Sores (-d. 1925) who became harbour superintendent. 1876 –different official source shows at least 12 in Cape Town (including Nicolas Vlassopoulosand ArgyriosMaroudaswho had arrived in 1870.) 1885 –Greek population officially up to 32 but excludes illegal immigrants such as ship-jumpers. Dr Reynolds highlihted various achievements of the greeks in Cape Town and Johannesburg, their role during the Anglo Boer War. SUCCESS STORIES include: Food retail outlets, Food service companies, Restaurants and restaurant franchises, Mining service companies, Engineering works, Import/export companies, Lawyers, Accountants, Doctors and specialists, Academics, Musicians, actors and actresses, Broadcasters and media leaders and Fashion design.
Dr Reynolds concluded her talk with how communities were developed. Mantzaris: “... immigrants had to unite to maintain their close ethnic links and to resist assimilation”. 1894 HELLENISMOS(community organisations) originated in America; 1906 HELLENISMOS formed in JHB and Pretoria; Pretoria HELLENISMOS founded by George Golfinopoulos. HELLENISMOS frequented mostly by younger men as older men were too busy working. Members met in the houses of the wealthier Greeks to talk politics and read Greek newspapers to keep up with news from Greece.
MUTUAL BENEFIT SOCIETIES also set up to assist Greeks in need and to support causes in Greece. 1908 HELLENIC COMMUNITIES grew out of these two types of organisations, but to focus more on social and cultural needs of the communities and to raise funds for churches and schools.